I’m T.R.Todd, an award-winning author and former international journalist. I have written five books, which run the gamut from fiction, to non-fiction, to memoirs. I have also been known to collaborate on a film or two. If it’s a great story, I want to write it.

Speaking of great stories : In December 2020, I announced that Rowman & Littlefield will publish my latest project, The Girl Who Ran Sideways: The Story of an Olympic Champion.

Meanwhile, Pigs of Paradise: The Story of the World-Famous Swimming Pigs, from Skyhorse Publishing, recently entered its second edition, with expanded photos and content. As seen on CNN Travel, USA Today and many other publications, this hardcover is available on Amazon and anywhere books are sold. A full-length film, based on the book, has also been licensed for international distribution.

Keep an eye on this page for more news and updates! 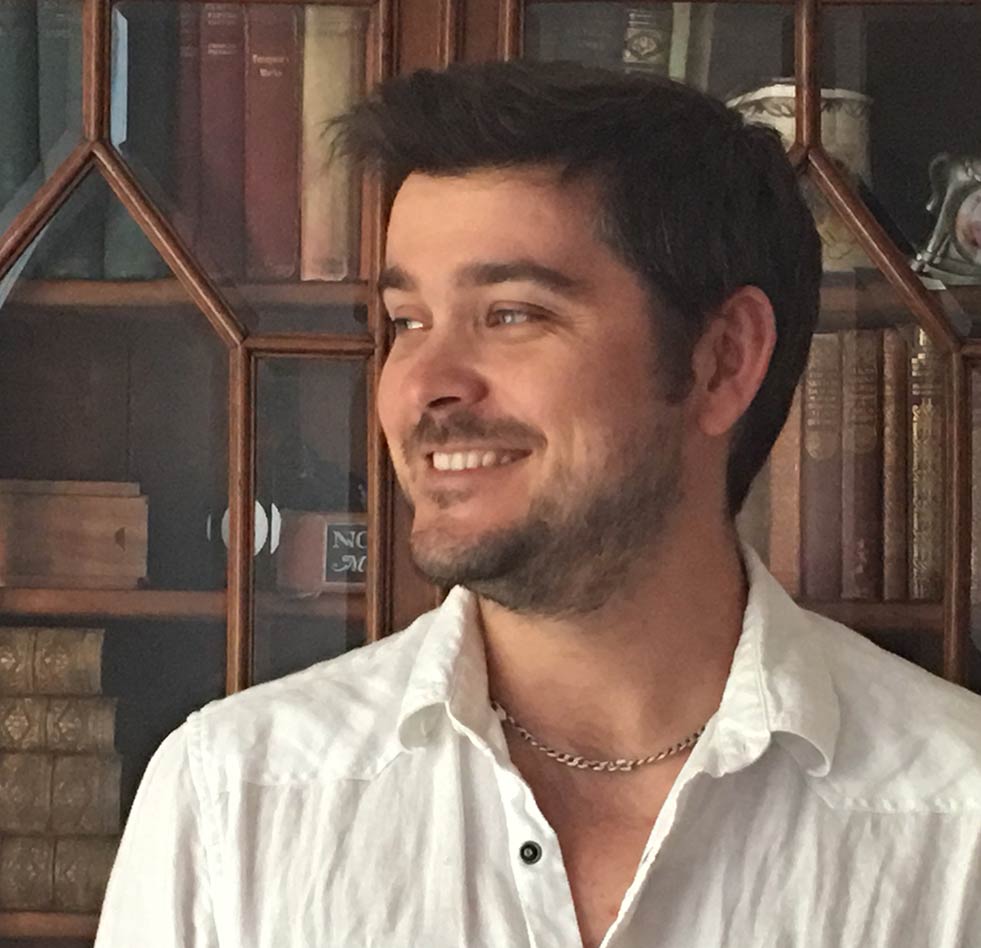 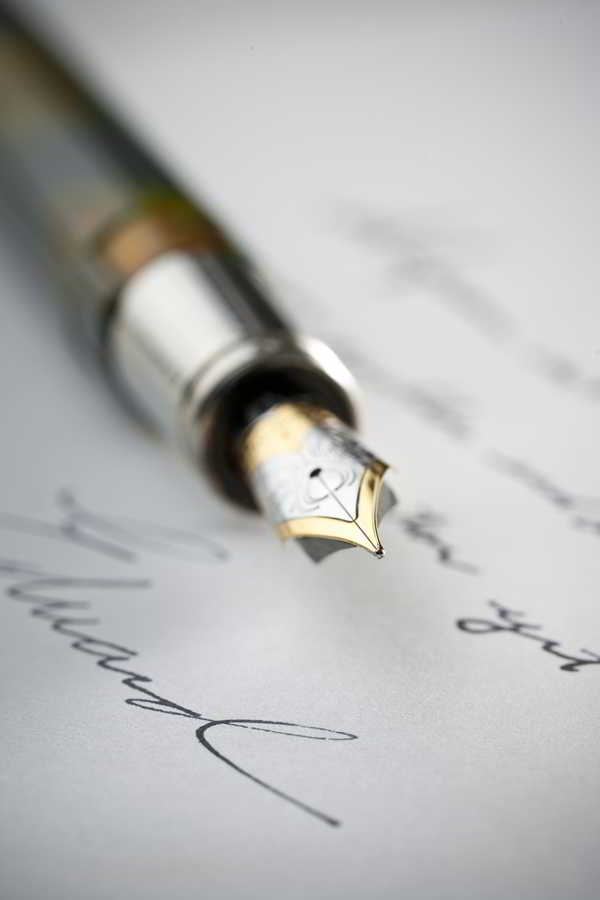 Pauline Davis grew up in the ghetto.

A product of Nassau, The Bahamas, she was raised in the poor neighborhood of Bain Town, where every day she carried the family’s buckets to the Government Tap to fetch fresh water. It was there that she learned to run sideways, sprinting barefoot from bullies—it was the only way to get the buckets of water home, without spilling.

A seasoned track coach couldn’t believe his eyes when he saw this poor little girl, barefoot, sprinted down the track sideways on a grainy video tape recording. But he also saw something else. He saw the heart of a champion. He would soon correct her technique by tying one arm behind her back.

From ghetto to Olympic glory, so begins the miraculous rise of two-time gold medalist Pauline Davis, plucked from obscurity to become one of the most decorated female sprinters of her generation, and the first woman of color to join the international body governing Track and Field. Even on top, nothing ever came easy for the girl from Fleming Street, who would have to wait a decade to receive her gold medal in the 200M from the 2000 Sydney Olympic Games after disgraced US sprinter Marion Jones was stripped of her medals for doping.

Inspiring and exhilarating, The Girl Who Ran Sideways reminds us that it doesn’t matter how you start off in life—it’s how you finish.

For as long as I can remember, my life has been about telling stories.

In early high school, I remember my teacher announcing a short story competition. I don’t know what inspired me to enter. I just did.  I wrote a short story and won. That was the first time I was published – in my high school year book.

To this day, I have no idea what wrote back then. But I can remember that feeling of commiting my thoughts and creativity to a page. There’s nothing else like it in the world, and it’s even better when others appreciate your work. It becomes an addiction. I quickly learned that writing stories is just part of who I am.

I spent years as an international journalist – from Canada, to the Middle East, to the Caribbean – telling stories and learning different cultures and perspectives. Little did I know that these experiences would also shape and influence my future books.

Art imitates life, and that is often the case for my writing.

Today, this journey continues. Writing is a pull I will always have within me. Where will it take me next? I can’t wait to find out. 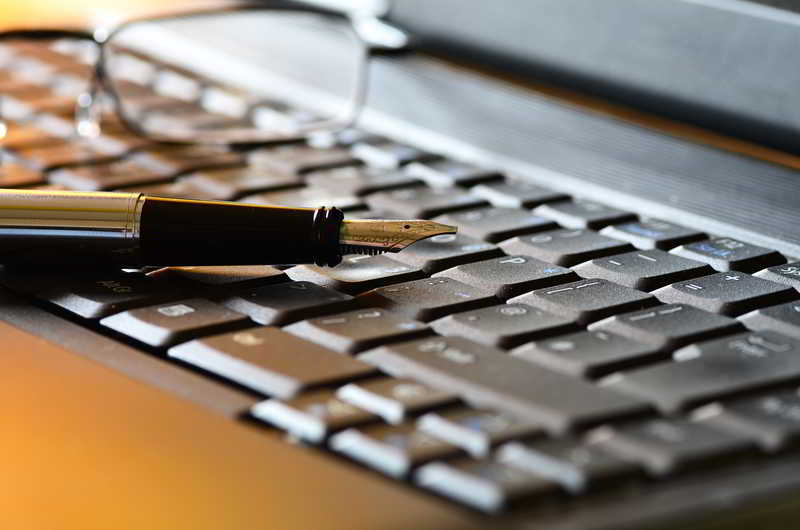 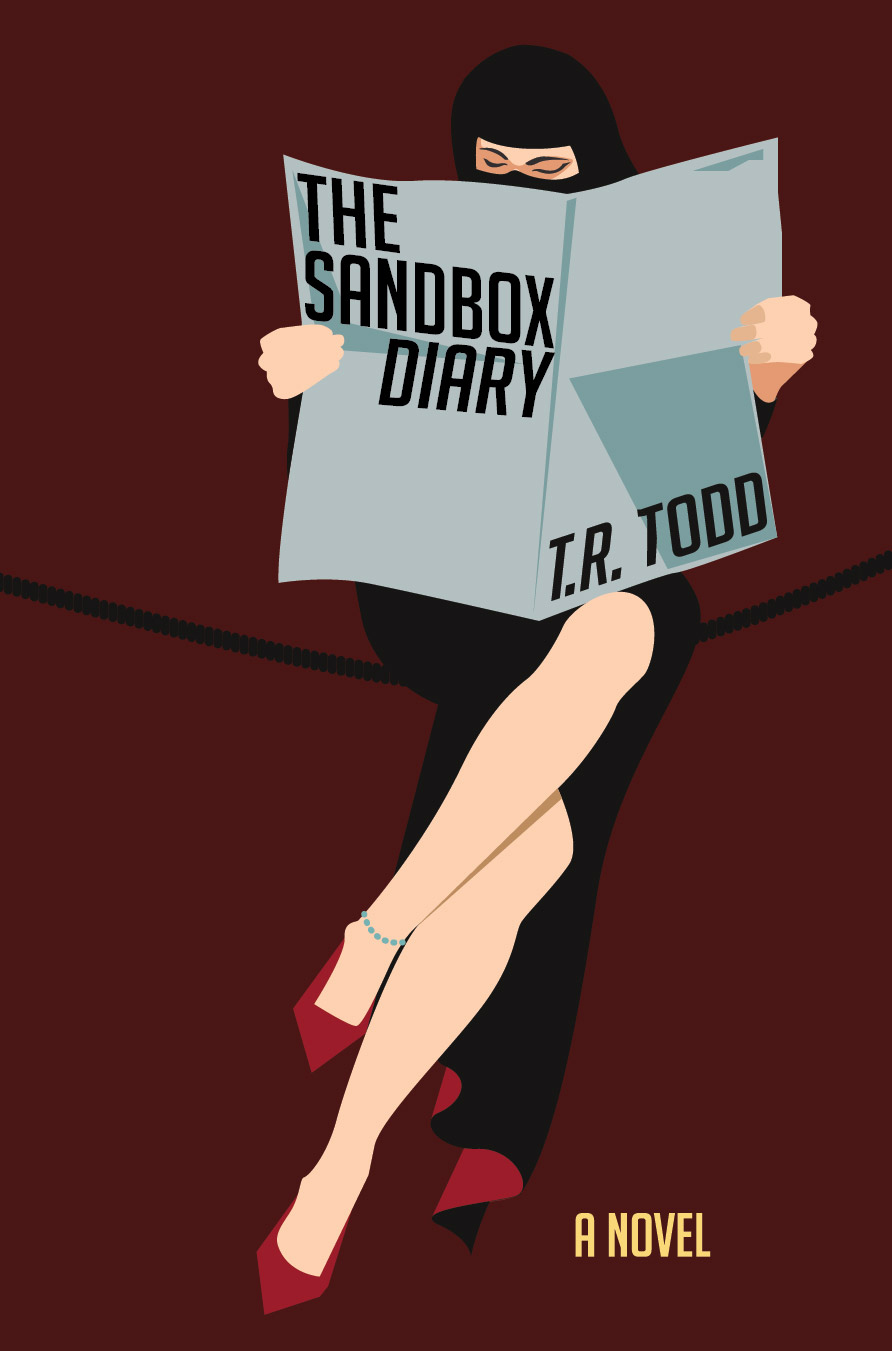 Thomas Richards knew little of Abu Taqleed. But when the mysterious, oil-rich sheikhdom launches its first newspaper, enticing top journalists from around the world, the opportunity is too much to pass up for a journalist looking to make his mark. At a time when newspapers are dying, The Falcon promises prestige, seductive salaries and a western way of life.

Little does he know this illusion is about to unravel.

Surrounded by decadence, censorship and hypocrisy, he quickly becomes disenchanted with The Falcon. When a sheikh’s servant is tortured and killed in the desert, Thomas is forced to make a choice: does he embrace the illusion, or risk everything by chasing the scoop of a lifetime? 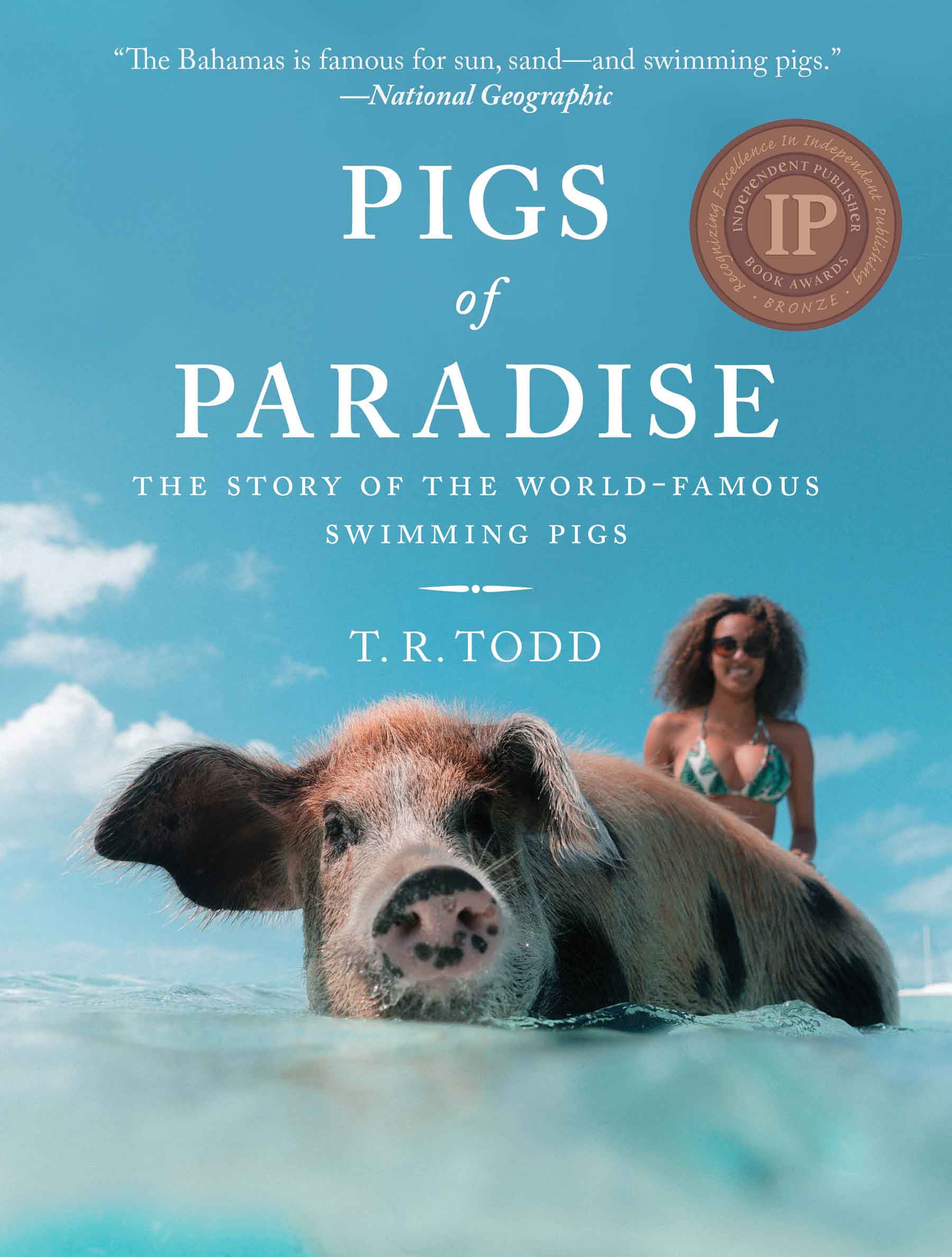 ‘Pigs of Paradise: The Story of the World-Famous Swimming Pigs’

In the middle of paradise, with billionaires and celebrities for neighbors, there is an island populated only by Swimming Pigs. There was a time when these animals were largely unknown to the world. It would not be a ruthless pirate, pioneering loyalists, a notorious drug kingpin, or the infamous Fyre Festival that would unveil Exuma to the world, but rather the most unlikely of creatures. Appearing in magazines, viral videos, newspapers, commercials, TV shows and countless selfies, the Swimming Pigs of Exuma are now a bucket list sensation and have been named one of the marvels of the universe.

But how did they reach this celebrity status? What made them so famous? And why, in February 2017, did so many of them die?

Pigs of Paradise is an unlikely story of humble beginnings and the swift rise to stardom. With interviews from historians, world-renowned ecologists, famous pig owners and boat captains, it thoughtfully considers not only what this phenomenon says about these animals but also about us. 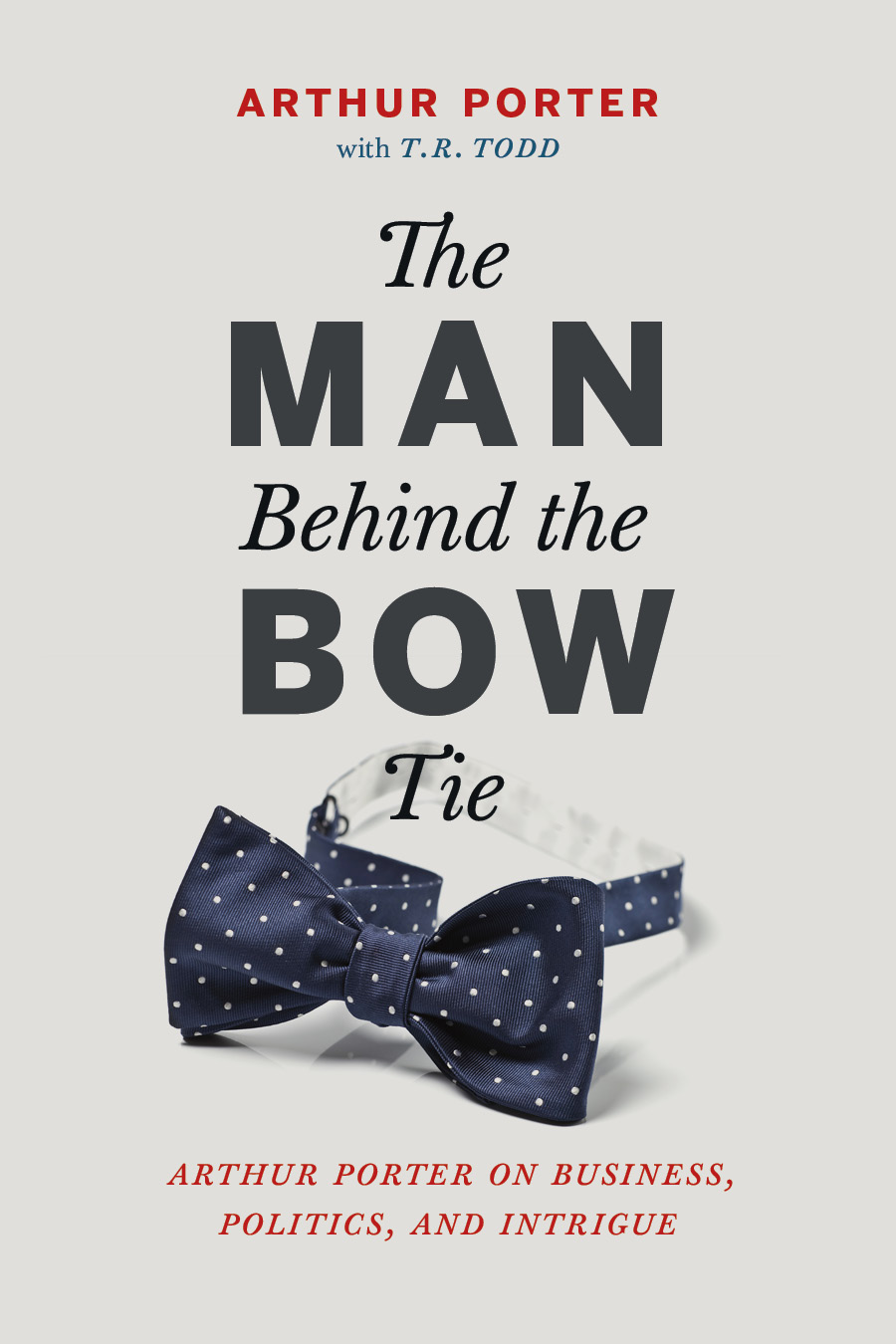 ‘The Man Behind the Bow Tie: Arthur Porter on Business, Politics and Intrigue’

A revealing memoir of a fascinating and controversial medical doctor and the former spy watchdog of CSIS who is at the centre of the largest fraud investigation in Canadian history.

How does it feel to be deemed guilty before trial? To be held in a cutthroat Panamanian prison while suffering from terminal lung cancer? How does it feel to rise to the top of the medical and public arenas in your adopted country, only to crash miserably to earth under allegations of fraud and money-laundering?

In short: What is it like to be Dr. Arthur Porter?

There are few contemporary figures in Canada more intriguing and controversial than the former spy watchdog of the Canadian Security Intelligence Service. A physician by trade, Porter, always in his iconic bow tie, has been described as intelligent, charismatic and relentless in his ambitions. Others have called him deceitful, manipulative and unscrupulous. 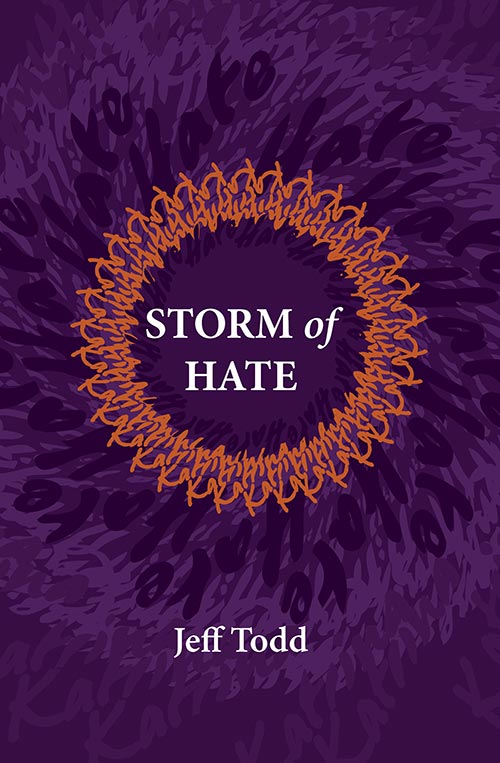 Janna and Nate scratch and climb their way to the attic as the flood rises. The melancholy SWAT officer, Darren, barely hangs on as he tries to maintain a thin thread of order in the Louisiana Superdome. Ronald, the greedy developer trapped in the French Quarter, is fixated on money and the woman in the black fur coat. They could not be more estranged, more different, and yet their lives are about to collide.

Through its pounding, gritty, shifting narrative, Storm of Hate considers the weight of the past, the horror of the present, and the undying hope for the future. It explores humanity’s paradox—while meaning is shaped by others, we are all very much alone.

Pick up the e-Book or hard copy here: http://www.amazon.ca/Storm-Hate-Tales-Hurricane-Katrina/dp/1926780256

I believe everyone has a story. Some stories are of public interest. Others are of personal interest. Writing a book about one’s life is an experience I think everyone can appreciate. It is an act of reflection, commemoration and legacy. The chronicaling of life’s great thoughts and events is critical to how we learn and grow as a society, and as people.

I want to write your story.

With a background in journalism and expertise in public relations, I know how to write with both flare and discretion. I know how to make your life’s history come alive.

Contact me for a complimentary interview to see if I am the right ghost writer for you. 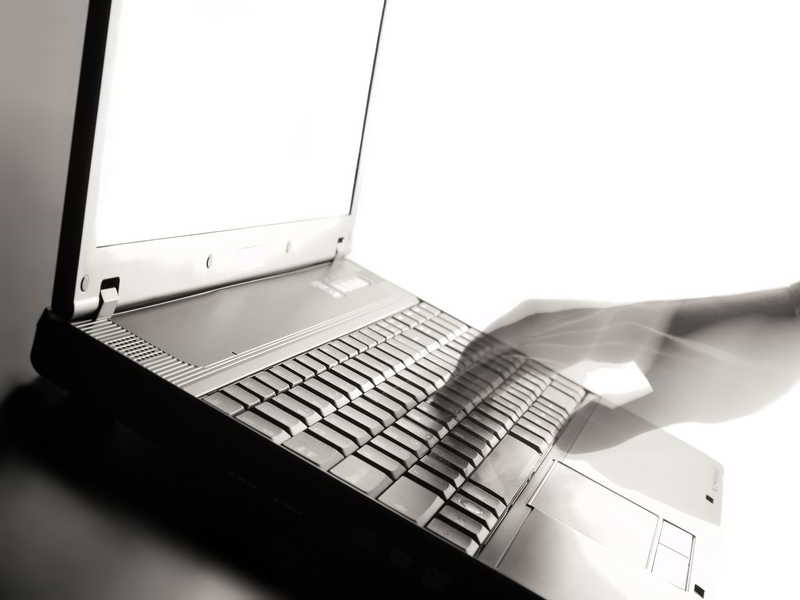 NASSAU, BAHAMAS — Pauline Davis-Thompson, the Bahamian icon who once conquered the sprinting world, is about to get her own book with a major US publisher. This country’s original “Golden Girl” signed a book deal with US publisher Rowman & Littlefield earlier this...

END_OF_DOCUMENT_TOKEN_TO_BE_REPLACED

‘My dream is one step closer’

Jade Shovlin, 20, from Roker was diagnosed on May 22 with cancer of the oesophagus which doctors said is incurable. She was told following her diagnosis that she has less than two years to live, leaving those close to her devastated. Jade has always wanted to go on...

END_OF_DOCUMENT_TOKEN_TO_BE_REPLACED

Ottawa writer, and a team of swimming pigs, helping The Bahamas recover from Hurricane Dorian

It’s not every day that pigs raise money. But, that’s happening in The Bahamas thanks to the Ottawa author who wrote the award-winning book, Pigs of Paradise. T.R Todd also produced and wrote the screenplay for a documentary featuring the precocious pigs. And while...

END_OF_DOCUMENT_TOKEN_TO_BE_REPLACED

To reach my agent: